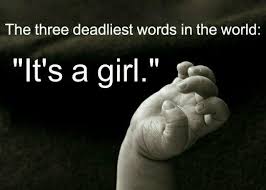 Swipe Please☺💞 . Poem- हम बदल गए 💔 . . Follow, like, comment and share for more content like this...💕 . . #sadpoetry #change #ichanged #shayari #writer #writersofinstagram #changeisgoodforthesoul
Swipe Please 😊💞 . Poem - Rambling In Life ❤❤ . . Follow, like, share and comment for more posts like this..🙏🔥 . . #poem #life #motivationalpoem #moon #clouds #fire #wind #trees #mylesson #nature #metaphor
||CAPTION😔♥|| . In this tyrannical world, She longs for freedom, Freedom to be whatever she wants to, Freedom to wear whatever she wants to, Without getting judged or raped, Without being called names... She sulks into the darkness at a corner, While being prisoned behind the jail of misogyny, She sobs on her fate because she is a girl, Her scars and cuts will forever haunt her, Reminding her everyday of how cruel this world is, A world where you get punished for being yourself... She asks what is her fault, When even her family doesn't "accept" her back, Just because she was wearing clothes that were "inappropriate"? Or because she is a girl? All that is left in her, Is her shattered soul and "impure" body, Which tells us of how some people have failed in being human... The prison of misogyny opens everyday, Only to add more culprits, And what is the crime, you may ask? The crime was the fight and long for freedom, they replied... . . #poem #sadpoetry #womanpower #longforfreedom #freeversepoem #wordsofmine
Follow Words Of Mine on WordPress.com
Create your website at WordPress.com
Get started